Marto Swords are based in Toledo Spain. Marto produces probably the best collectible swords in the world.

The fame of Toledo steel was enrooted in the masterywith which some artificers handled tempering, without any technical knowledge, or instrument capable of measuring, by far, the high temperatures for such magical treatment and transformation.
This ability and mastery "The secret of the temper" have been protected by all sword masters of Toledo, being transmitted only generation to generation till today, proving that Toledo steel is unique in the world.

Thanks to King Charles III. when the swordsmith was replaced for the firearms and a great danger of extinction existed, this king ordered to construct the "Toledo National Factory of Weapons", with a priority aim to gather these famous master swordsmiths, to safeguard and to give continuity to this recognized handicraft industry.

In this sword factory have been made the swords, sabres, daggers and armor of Kings, Chiefs of State, Ambassadors, military leaders, etc. of the world.

Marto swords company was found in 1961 and it is a successor of the Toledo National Factory of Weapons.

In Year 2009 Toledo city opened Army Museum of the World and the famous swords of Toledo will remain exposed to the thousands of visitors from around the world.

Marto swords are and were bought by people like James Carter and Peter Davis. 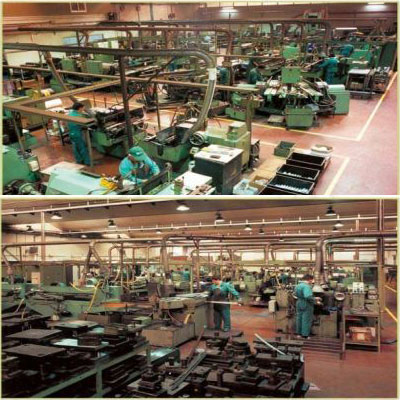 Marto is a part of D&D Toledo company. Here is list of all D&D brands.

Bermejo
Producer of a military sabres.